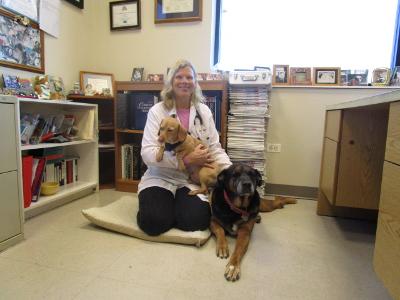 Dr. Jennifer Hart grew up in the Bartlett area and continued to reside in Bartlett as an adult.  As a young girl she would  bring home a variety of animals and take care of them.  She kept a journal as a young girl, and one teacher wrote "do you want to be an animal doctor?" when she was in grade school.  Yes she did, and her love for all types of animals grew.  Friends and family knew that she would pursue this dream.   She followed her interest and love for animals and graduated from the University of Illinois, College of Veterinary Medicine in 1989.  Dr. Hart completed her dream by opening Heartland Animal Hospital in September of 1993.  She completed her board certification by the ABVP (American Board of Veterinary Practitioners) in 1998, specializing in canine and feline medicine.  Dr. Hart is also a proud mother of her son who plans to become a chef and loves to cook for her.  Their family includes furry children too.  Georgie, Lucy, and Willy are the family cats. Hank is a Rottweiler mix, and Dexter is a Dachshund mix, both named after baseball players.  Both dogs were adopted from local rescues. Sometimes you can see Dexter hanging around the office. He loves to come to work with his Mom. Dexter does play the role of the boss, so we let him think he is!   Dr. Hart enjoys teaching and takes great pride in keeping her staff well trained and the hospital up to date with new technology and services while maintaining compassionate care. Heartland Animal Hospital has been Accredited by AAHA since 1996 and is a Gold Standard Cat Friendly practice. Heartland Animal Hospital has an A+ BBB rating, and has maintained membership in the Bartlett Chamber of Commerce since 1993. 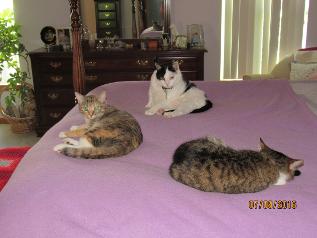 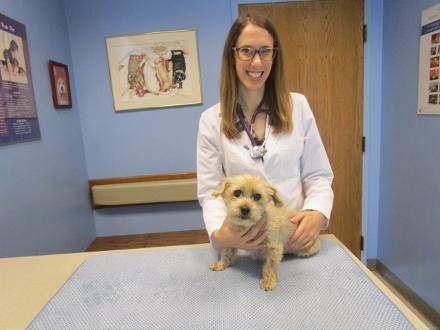 Dr. Chelsea Bohner is originally from Elgin, IL.  She had a strong interest in animals and science from an early age, and pursued that interest with a Bachelor’s degree in biology from North Central College in Naperville, IL.  After college, she completed two internships, one working with primates at the Atlanta Zoo and another rescuing sick and injured wildlife in coastal California.  After working in a veterinary hospital as a technician from 2009 to 2013, she realized that veterinary medicine was her true passion, and attended veterinary school at the University of Illinois.  She graduated with honors in May 2018 and is proud to be joining the team at Heartland!  Dr. Bohner has two cats of her own, Willow and Artie, both rescued during her time in veterinary school.  She also hopes to begin fostering kittens once she has settled in.   She is looking forward to meeting and forming lasting relationships with Heartland’s clients and patients. 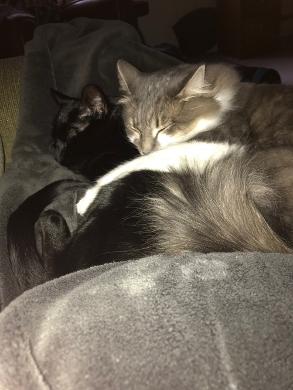